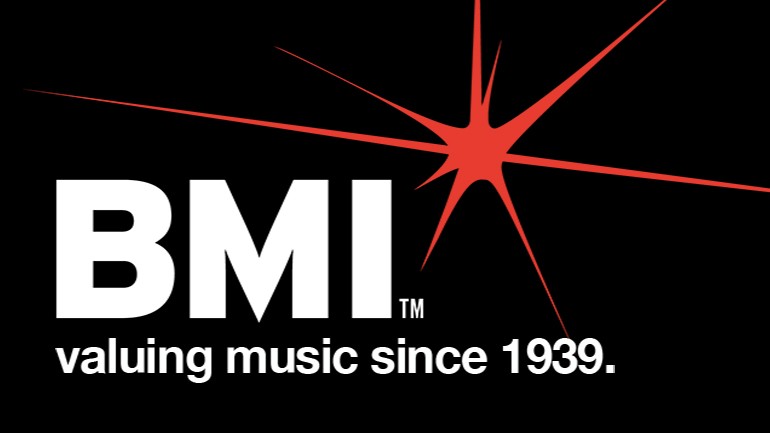 Broadcast Music, Inc. today reported record-setting revenues and royalty distributions for the fiscal year ended June 30, 2013. Revenues increased by $45 million, a 5% gain over the prior fiscal year, exceeding $944 million. BMI’s consistent focus on building diversity in revenue sources, along with the successful implementation of a cost reduction program, resulted in a historic high royalty distribution of $814 million to BMI-affiliated songwriters, composers and music publishers. Royalty distributions increased by $64 million or 9% compared to the previous year. This represents the largest fiscal year revenue posted and royalties distributed in the Company’s 74 years of operation and tops a five-year period in which BMI generated more than $4.5 billion in revenues and paid out royalties of $4 billion.

Commenting on the year, BMI President Del Bryant said, “The success we are reporting today has been achieved in a very transitional period for BMI and the music and entertainment business. We are alert to the challenges that the restructuring of the industry presents, but we also see unprecedented opportunity. BMI’s dynamic and constantly evolving repertoire is able to reach the public across a myriad of platforms in which music is the core offering, or an essential part of the creative product. As this year’s results demonstrate, we have continued to capture the value that music contributes, and deliver it to our writers, composers and publishers.”

Michael O’Neill, BMI’s recently elected Chief Executive Officer, added, “What is most impressive about this year’s significant success is not only the diversity and growth in our revenues, but also our ability to increase royalties by an even larger margin. This is the result of a true team effort. I would like to congratulate everyone at BMI for their dedication to service, their diligent attention to the details of our business, and for these great results! Our songwriters, composers and publishers deserve this kind of performance, and we have delivered. To everyone at BMI, job well done!”

The year’s results reflect BMI’s ability to monetize new delivery systems, while growing traditional revenue sources such as retail and service establishments and programming delivered via satellite and cable television. New media and digital revenue continued its year-over-year pattern of growth, reaching new record revenues exceeding $57 million, an increase of 65% over the previous fiscal year. This achievement was driven in large part by agreements with Netflix, Hulu and other digital entertainment outlets. Licensing revenues from bars, restaurants and other commercial establishments saw an impressive increase of 7% over the prior year to a new benchmark high of $116 million. In addition, international revenues contributed $297 million, more than 30 percent of BMI’s total for the year. Much of this continued strength is the result of the multi-dimensional scope of the BMI repertoire, which combines a trove of classic global hits from legendary writers with a continuous stream of new chart-toppers from BMI’s pop, rock and urban songwriters, along with compelling scores from BMI’s film and television composers that thrill audiences in all forms of audio-visual exhibition.

To support its growth, the Company continued to refine its business processes and technological infrastructure to serve all of its customers in an increasingly complex marketplace. Working with key partners, BMI continued to grow cloud-based services, launched new versions of BMI Mobile services for iPhone, iPad and Android users and upgraded the groundbreaking BMI Live Program to better serve touring singer-songwriters. BMI’s website, www.bmi.com, was redesigned, reflecting the desires of customers and streamlining navigation to do business online. This year, more than 45,000 new writers joined BMI via its online portal – the Company’s virtual open door. For the second consecutive year, BMI was recognized in the top tier of InformationWeek’s list of the top 500 innovative companies, and has likewise since the close of our 2013 fiscal year made this impressive list once again.

“Music is more pervasive in our lifestyle and across more platforms than ever before,” said Bryant. “We are alert to the challenges. But we also firmly believe that BMI has an unprecedented opportunity to serve the industry and public in an expanding marketplace in new and innovative ways, and to reward our songwriters, composers and publishers who are delivering music that is celebrated across the globe.”

Ray's Sister Publishing was established in 2001 specializing in Music publishing & protection and Web & Print media. For more, follow us on Twitter @raysisterpub.

We'd love to hear about your upcoming project. Tell us all about it by filling out our contact form.

Want to keep up with what's's going on at RSP? Follow us across our Social Networks.